From Big Spring, we drove to an RV park between Cisco and Eastland.  It had trees taller than our RV!
It was 165 miles.  But the road was good and smooth.  The drive seemed so much easier all around.

Eric worked and I took the onions sight seeing again.  We went to Eastland first.  Their city museum is open Thursday - Saturday.  No go for us.  So we went to the old jail.  No where on the website did it say to call for an appointment.  We asked at the local police office adjacent to the old jail, but the Sheriff just had back surgery. No go.

As we were standing in the lobby I noticed a glass case of confiscated items.  I decided to teach the onions about paraphernalia.  Yes, I did.  The secretary was shocked.  I pointed out to them what things were used for and how.  I figure they ought to know to recognize things if they should encounter them.  An officer came out and told us about some of the experiences related to the items.  It was interesting, but certainly not what I set out to do. 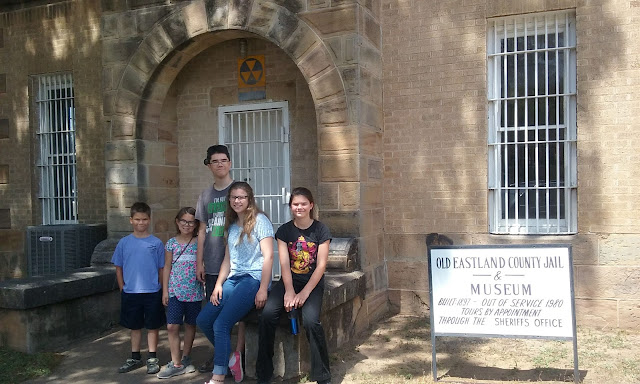 The jail we did not tour, 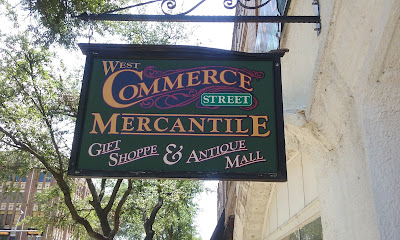 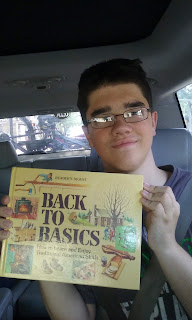 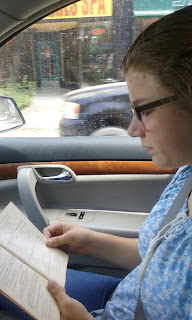 We found a Mercantile that was a secondhand store.
Amelia and Seth found BOOKS!  They wanted them enough to buy them with their own money.

Amelia: a math book from the early 1900's
Seth: a Georgics book all about doing things building a home, farm layout, gardening, stuff like that, all without going to a store to buy something. Seth has wanted this book from the first time he was exposed to it and even more when his friend Fisher had the same book.


We then headed to Cisco.  I learned that Cisco was the home of the first hotel that catalyzed the Hilton Hotel chain.  Conrad Hilton bought his first hotel in Cisco Texas.  As I read the plaques in the museum, I realized Conrad Hilton was a visionary, a statesman, a true leader.  I will get his autobiography soon! 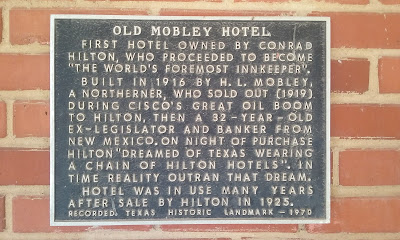 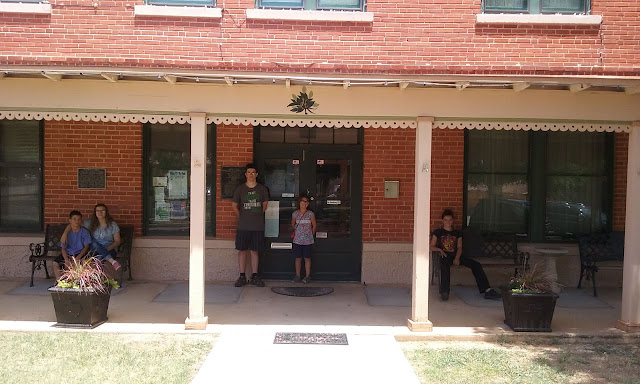 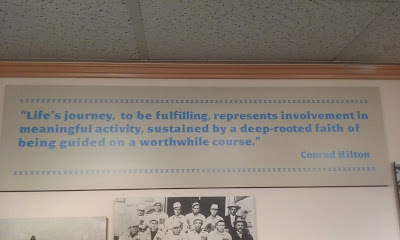 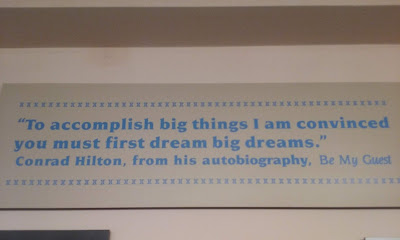 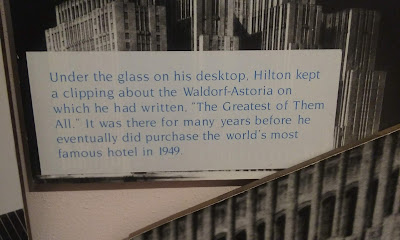 I also read that CH believed in a duty and responsibility to the community, especially the poor.  He was color blind as far as racism goes long before the civil rights movement.  I want to learn more!
CH even wrote a world famous poem, "America on Its Knees".  It seemed so familiar to me.  I believe I have read it, but I did not make the connection that it was written by the founder of the Hilton Hotels.
Here is an excerpt from his book about the poem.
Conrad Hilton is inspiring!

We returned to the RV and got ready to move on again.  Eric has been progressively more and more tired.  I am thankful today was an easy day.  Eastland to Fort Worth, 80 miles.

The onions were so awesome today, I thought it was time they experienced Dairy Queen.  DQ seems to be pretty prominent in Texas.  Seth, Elanor and Scott ordered a TRIPLE burger.  Elanor was the first one done, Scott didn't make it, so Elanor ate the rest of Scott's.  Seth barely finished his, but he made it.  Yes, we cheated.  When we order fast food, I expect them to take off the bun.  It didn't happen.  The onions get to experiment and choose from 12 - 18 so they can learn what is best for them for themselves.  I forgot to remind Scott.  Oh yeah, shakes too. 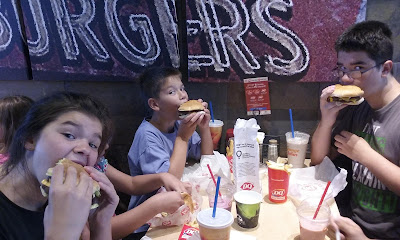 By BackToGeorgics - June 14, 2018
Email ThisBlogThis!Share to TwitterShare to FacebookShare to Pinterest