It was so nice that Eric worked out on the front porch.

Scott and I played catch.

Elanor, Scott, and Naomi rode their bikes to go wading in the spring fed creek.

Eric and I took a walk and watched them play. 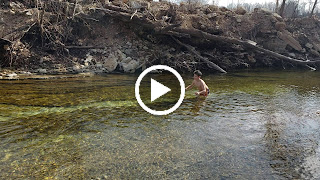 Piglet came along too.

We drove with the windows down!

Seth being a goof ball.

When Grandma and Aunt Donna were here, it was not as warm, but it was warm enough to fell a tree and collect some wood.

Eric is new at felling trees and this was a pretty big tree (40+).
The chainsaw got stuck under the weight of the tree.
There was cracking, swaying, and shifting, but it wouldn't fall.

Scott was our runner.
First he went for the sledge hammer.
Then for the crow bar.
Then for the car jack (left by the previous owners), but to our dismay it didn't work.
Finally, Scott brought the old chainsaw. 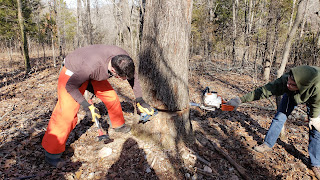 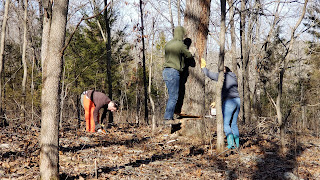 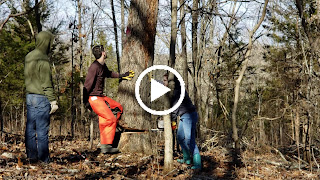 The tree went the exact opposite of where we intended for it to fall.  However, we are grateful that the chainsaw did not snap in half AND that we have wood for our to burn.

Aunt Donna let us use her truck.

After 3 truck loads, we still have a huge part of the trunk left.

By BackToGeorgics - February 11, 2019
Email ThisBlogThis!Share to TwitterShare to FacebookShare to Pinterest