Reality check and a little Fun


The goal was to get our house completed and then branch out to animals.
I thought we would get our house completed in a matter of weeks (12ish).
Um... No.
But we did move into the bedrooms well within that time frame.
With Eric's calling as Young Men's president in church (2 weeks after we moved here) and traveling for work, he usually has ONE Saturday a month to devote to working on our house.

Then I tried to tell myself months.
No again.
We are approaching the year mark and a few things are still incomplete.
Now I tell myself - some day.

Eric recently had a Saturday available.  I helped him put up the reclaimed white washed deck boards on the living room ceiling.  My bright idea is now a reality! 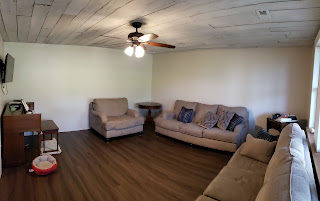 It's now ready for family pictures, art, and accessories.

Eric, Seth, and Scott went to boys camp.  They went out on the lake rafting/tubing behind a boat.  Fun, but hard on the body. 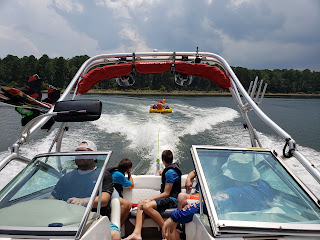 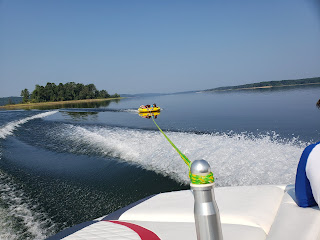 Seth brought his chain mail and the boys learned how to make stuff. 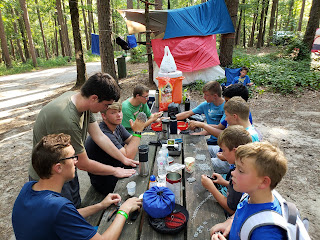 Some slept in hammocks. 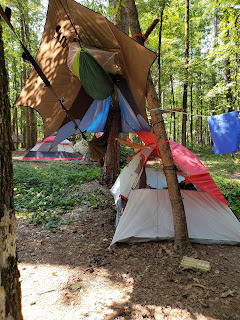 They toured an open crystal mine. And dug around for crystals. 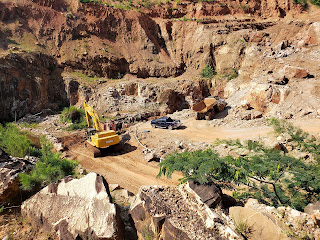 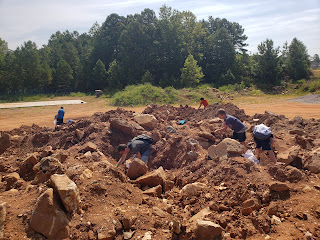 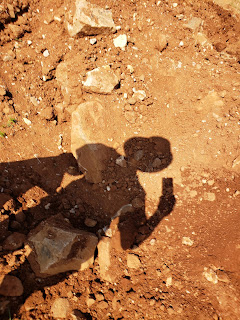 And they went on a zip-line over/through the mine! 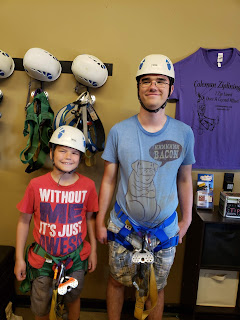 While the boys were at camp, Naomi and I cleaned out the garage.  We moved about 50 boxes and plastic totes into the house, with some help from Elanor and Amelia, because the moisture and elements were beginning to damage our stuff.  Then we reorganized what was left in the garage. 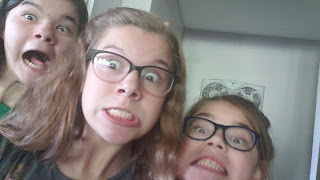 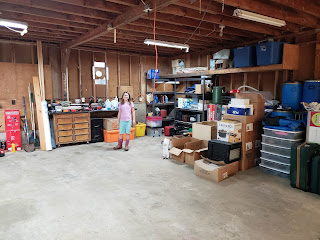 Seth applied to a horseshoeing school and he was accepted!
He is currently working to save money for school and looking for scholarships.
(He will not earn enough to pay the full tuition before the 7 months of classes starts in February.) 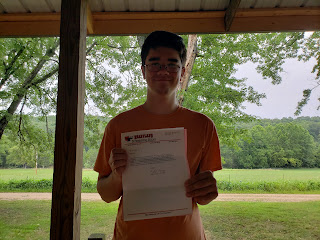 I dropped off Eric at the airport at 6 am one morning.  I watched the sunrise on my way back.

"Only in the sticks" -
I was driving down a road that looked and felt like it needed to be repaired.  I got to the intersection to discover that all the stop signs were uprooted and leaning on trees and bushes.  Close enough, I guess. right?

I hope the road was repaired and that this was not a prank of sorts.

By BackToGeorgics - August 19, 2019
Email ThisBlogThis!Share to TwitterShare to FacebookShare to Pinterest