We moved to a property that has not been cultivated for pasture or animals in decades.  Aside from the dead end access road through the middle of the south part of our property, the brush is so thick that we have to bush wack our way through the areas we want to explore.

As time has passed, I have warmed up to the idea of burning our property.  We witnessed the Tuckers burn part of their land.  We even saw it up close.  So this winter we were eagerly ready to give it a try, but only with their help.

I decided to reclaim the path along a fence line.  We can use this as an access path, to assess our fence line, and as a firebreak.  We cut, clipped, sawed, and hacked our way through to make a loop, connecting to the access road.  We estimate the loop is about 6 acres.

A couple of weeks ago buds began to emerge on our trees.  The thorny bushes were waking up too.  But.... the weather forecast was 5 days with no rain.  It was our last chance of the season.

We were ready and the Tuckers took pity on us city folk and showed us how it is done.

The Tuckers had already started burning when got there. 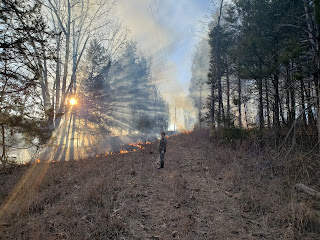 The first thing to do is to create a fire break.  Mr. Tucker has an awesome blower and he made a clear path to keep the fire from continuing to burn the leaves and jumping across the path we had cleared.

Then you start the fire at or near the line.  If you start it on the side of the direction the wind is blowing, you can monitor the line while it burns back slowly.

As you make your way around to the other side, if the wind kicks up and/or the fire rapidly burns, it will burn to meet up with the fire you already set and it is much less likely to jump the fire break.

We started at the SW side of our property and headed north around the loop.


There is an art to starting and spreading: 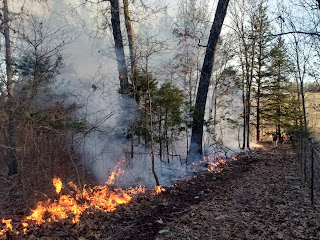 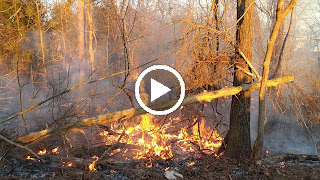 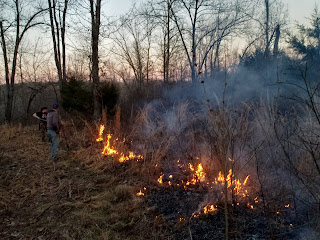 We worked into the dark. 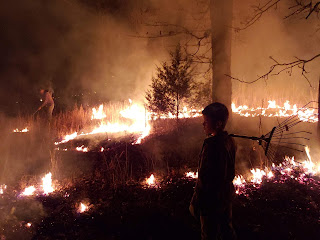 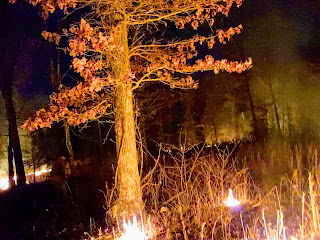 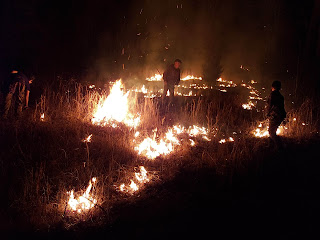 "Ok kids, have fun, just don't set each other on fire." 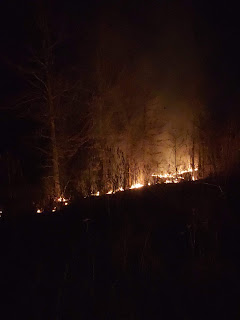 It was a long evening of work.  Fun and exciting at the same time.  Some picked up spreading and setting fire easily.  Me.... not so much.
Once the sun went down and the humidity increased, we had a difficult time getting the brush to burn.  But it was counted as a successful first burn.

DAY 2:
Well, the old RV was finally removed.  And the next day was dry.
Let's burn more!
We planned to burn one loop, but there was a narrow path down to the road that could serve as a fire break.  We decided to burn the other half of the south end of our property! 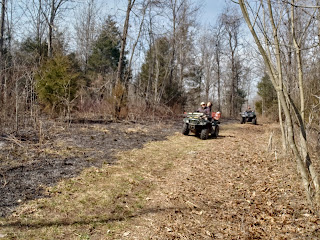 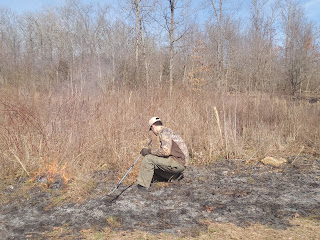 Eric trying to burn some of the brush that would not light the night before. 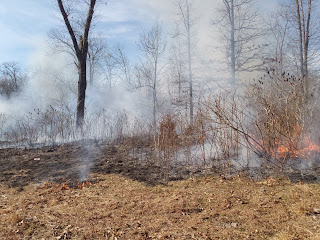 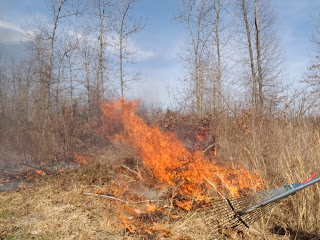 "Try hiding in the tall dry grass" (from the movie: The Croods) 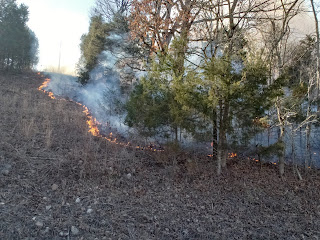 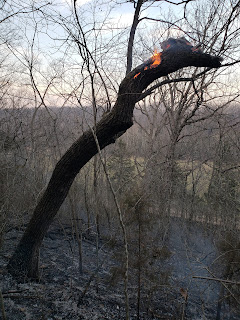 Standing dead that caught fire and burned at the top.

AFTER:
It might be hard to tell if the fire actually burned anything except for the black patches on the ground to let you know where the fire was.  Some things burned better than others.  But on thing is certain.  We have a LOT MORE ROCKS! 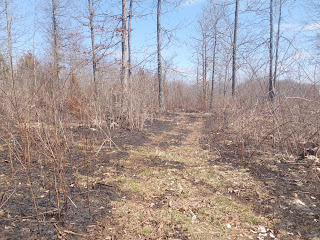 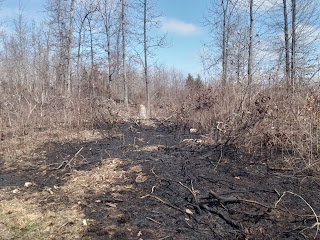 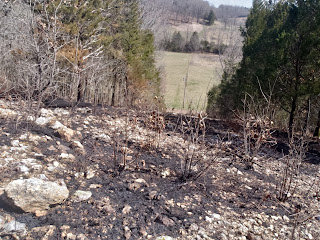 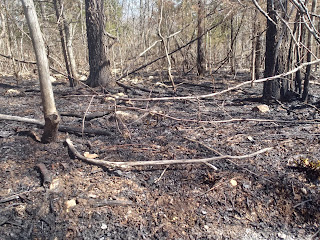 As we were finishing up the 2nd day of burning, Mrs. Tucker said that if we burned it again in the fall, then we would really be in good shape.
WHAT?
I did not anticipate that this would be a multi-month two step process.
What did not burn well this year will hopefully burn next time!
We shall see.

By BackToGeorgics - March 26, 2020
Email ThisBlogThis!Share to TwitterShare to FacebookShare to Pinterest