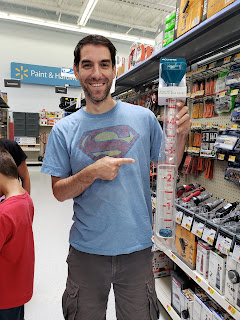 A little over a week ago, we were walking the isles of a store and came across this rain water meter.  We could hardly believe it.  It's huge and looks like it measures massive amounts of water!

When we were driving around, we actually saw one near a fence by the road. 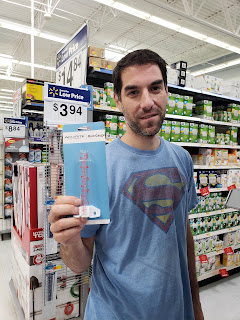 We had to hunt for the little ones like we have seen in Utah.  But they did have those too.

Rain had been fairly scarce during our time in Missouri, until last week.  In church, all prayers offered included a pleading for rain.  "They" say it has been a dry summer so far.  Eric and I would have not guessed - everything is green, really green, to us.

I was out looking at our new house for the first time, on Monday, and a storm hit.  It was rather violent.  On our way home, I lost traction and hydroplaned and quickly decided to slow down.  Water was coming down faster than it could run off on the highway.

While I was driving, the storm was wreaking havoc on the RV park. 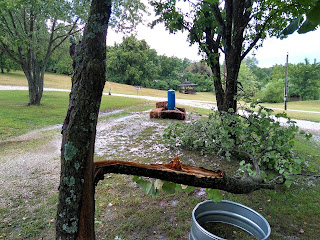 Not our campsite, but straight across from us a tree split at a branch and fell. 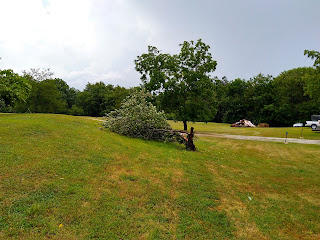 The apple tree came down 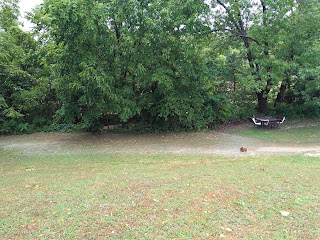 There was a puddle where a camp spot would be;
heading to the creek behind the trees. 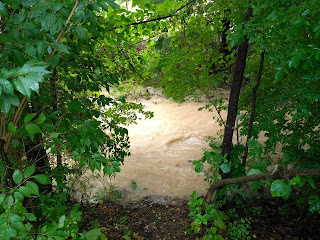 The creek that was barely a trickle was FLOWING. 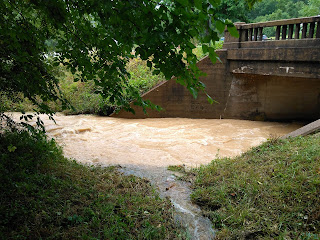 We were driving home from another visit to our farm house and got caught in another downpour. 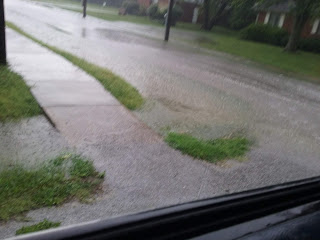 The streets literally became one huge puddle!
We saw several people out wading in yards and streets. 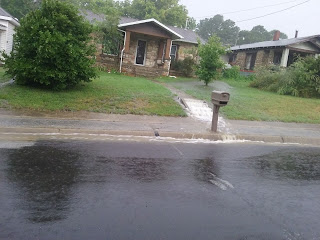 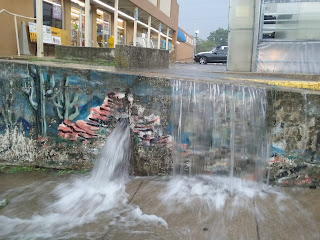 Water poured out from everywhere.

And shortly after a storm all the water has made it's way to a ditch, creek, or river.  While everything is still wet, the evidence is gone.  It's hard to believe that that much water can fall out of a cloud in such a short time period seemingly flood everything and then vanish.
While slightly ridiculous in my eyes, the waterway system is efficient.

By BackToGeorgics - July 22, 2018
Email ThisBlogThis!Share to TwitterShare to FacebookShare to Pinterest