Earlier this week, Eric and I began to mentally decide what to keep and what to purge.  We walked around the house and yard adding items to one of a few lists.  Storage, Sell/Give, RV, Trash.  The sell/give list was the longest.  I was intimidated and it was only on paper.  This list provided direction and tasks for the week.

I began with the books.  I cut our library in half!

I don't think anyone else had been hit with the reality of our move until yesterday. No one has done very much in the way of packing.


Yesterday we had our yard sale!

We began moving our things to the front yard at 7am. Our scheduled time was 8-1. However, there were people who came as early as 7:10. It was difficult to get everything out when people kept showing up. With the help of the onions, Eric and I managed to get quite a bit out.

There was a steady stream of people from 7:30 to noon. It was crazy busy! Well over 100 people stopped to buy something.

Some of our ward members and some of our homeschool friends came to support us. Even one of Eric’s co-workers form his previous job came out. I was happy that they could use our things and felt so loved that they came.

There was one man who made a distinct impression on me. He was of grandpa age, but on the youngish side. He looked through the furniture and tools, but ended up at the “kids section.” He was personable and took an interest in the things my onions were selling, asking them questions and listening to their stories. He purchased a few things. I remember the Pinky Pie Pony dress and the dress Amelia wore when depicting Abigail Adams for a public school project. Naomi loved that dress. She was beyond happy when she got it and wore it every chance she could.

Naomi made the choice to sell her beloved dress-up dress. She made some difficult decisions, as did we all, about what to keep and what to let go of. Naomi was happy another little girl would get to love the fancy dress as much as she had.

I was a little apprehensive about selling so many of our things last week when I was deciding what to keep and what to sell. But it was liberating to watch things leave! Things are that, just things.

I was asked about reason for the sale. Other times I offered before asked that we were moving into our RV. I was called adventurous more times yesterday than all other times in my life!

I don’t feel adventurous at all. The Lord has given Eric and I revelation about the direction we should take as a family. This is one step in a seemingly very long process in achieving it. 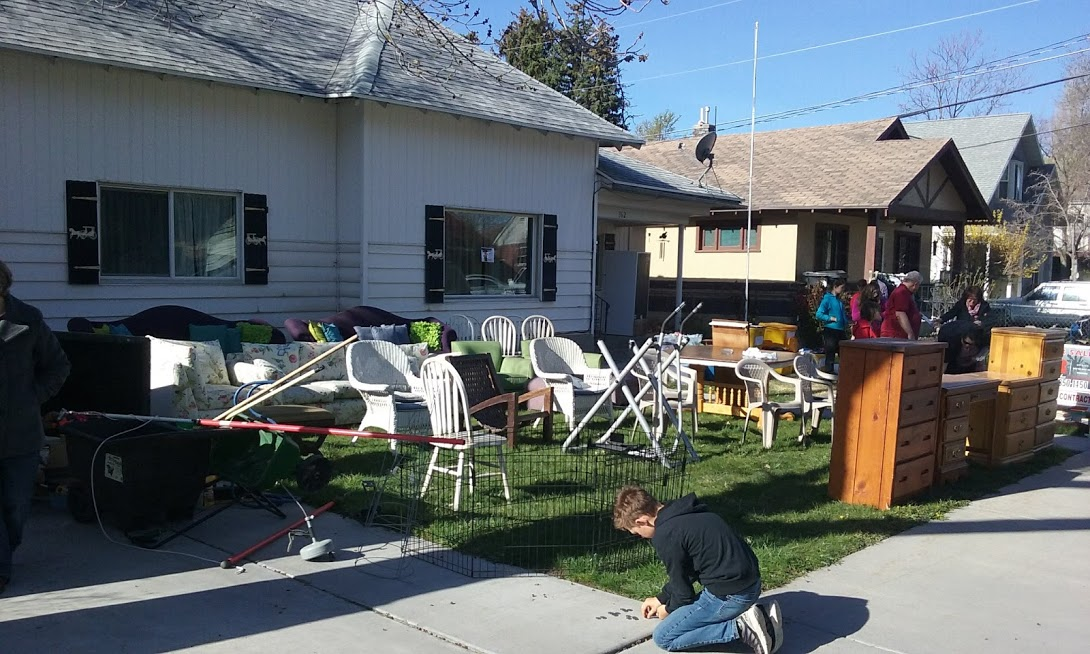 By BackToGeorgics - April 15, 2018
Email ThisBlogThis!Share to TwitterShare to FacebookShare to Pinterest